Agile, results oriented, and distributed—that's the BlogBlimp team. We're headquarted in Los Angeles, but the cloud is our home.

Most importantly, we're gifted and easy-going communicators who take the headache out of the neverending stream of new-fangled best practices online. Use BlogBlimp to become a rockstar navigator of today's trickiest technologies. You're the captain of your ship... Let's hoist anchor and sail the skies together.

We've been building custom web-based applications for just over 20 years. Our knowledge base and industry contacts exploded when we began figuring out how to stream music videos inside of mainland China. That experience fast-tracked our acquisition of tools to do amazing things whether you just want to publish your newest recipe online, or edge out the competition in a fierce global marketplace.

If you're curious, here's some of the awesome goodness we might use behind the scenes to power your success online...


Our Service is Plug-n-Play

We're language agnostic—both in regard to programming languages used by machines and words used by humans. We won't try to force a particular platform, or solution into your workflow. We use the best tool for the task at hand, and the one most likely to be adopted with minimal fuss by you and your team.


What We Build is Futureproof

Not all technologies are created equal. Fads exist in all areas of human endeavor, so, internally, we constantly guard against herd mentality and groupthink. We abhor planned obsolecense, and constantly seek more performant, next generation solutions for the long-term sustainability of your company.


We Do More with Less

Einstein once said: "‎Make things as simple as possible but no simpler." That's our credo. Because blimps and web-based applications have something in common: the more stuff you put in them, the heavier they are, and the slower they go. We won't fill the framework and engine of your site with a lot of unnecessary baggage. We keep it light, and fast. Our apps are built to perform at blazing speed, and under extreme conditions, with important failsafes and security measures to weather the unexpected turbulence that can bring even the most creative business to a grinding halt.

We don't just build websites. We build businesses online. We won't always resort to rocket science, we just do what's right. Our job is to do the heavy-lifting so our clients feel lighter than air. Bringing the client's vision to life with BlogBlimp is a breeze. We take your company's profitability very seriously. Technology should be a value-added proposition, a force-multiplier in the delivery of your service or product. Finally, we want anyone working with us to remember the joy of making cool things well."  —Sean Bradley, Lead Consultant.

About our President and Lead Consultant: 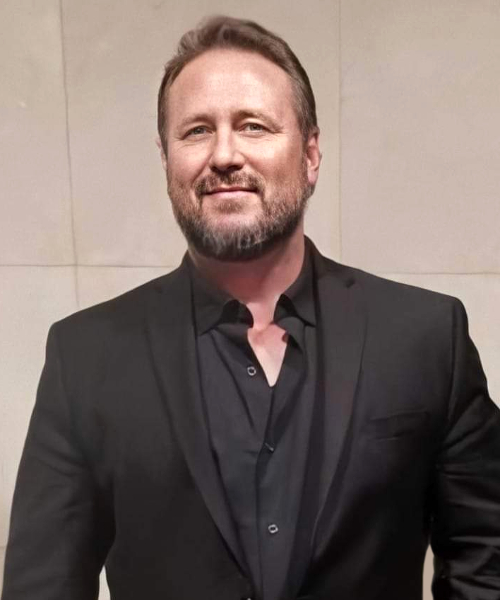 Sean Bradley is BlogBlimp's Sky Captain and Chief Cloud Consultant. A rare mix of serious programming talent, executive savvy, artistic virtuosity, and passionate educational advocacy in both technology and the arts. Mr. Bradley is an avid Python developer, and maintains one foot in Southern California's growing start-up landscape, and the other among a community of the most respected creative minds in the world of professional music, dance, and stagecraft. His extensive work experience has taken him all over the U.S., Latin America, Asia, and the Middle East.

Today, Mr. Bradley is engaged frequently as a consultant in both the tech and entertainment industries here in the U.S., where he is an active evangelist for open source technologies, cloud computing, and the Python programming language. Most recently, he served as the Chief Technology Officer for an educational software startup based in the Midwest, where he successfully commercialized a SaaS platform for the retention of alternative adult learners. Mr. Bradley is also a member of the Python Software Foundation, and was a technical editor for the best-selling book on Python's leading web framework (Django). Mr. Bradley's imagination and creativity in finding novel solutions for complex challenges facing businesses online, however, evolved directly out of his extensive background in the arts...

In the mid-90's, Knuth's Art of Computer Programming and Bach's Art of the Fugue inspired him to collaborate with Dr. Joshua Hughes in the development of Zues, a Basic language program for analyzing the relative consonnance and dissonance in music. The program captured the attention of the prestigious Eastman School of Music / University of Rochester, where Mr. Bradley was awarded a scholarship to continue that research.

His later social experiments and statistical modelling of purchase habits among popular music consumers at the university anticipated algorithmically driven preference engines used today by companies like Pandora and Amazon. In one of the earliest efforts to automate the creation of music for mass consumption via machine learning and artificial intelligence, he immersed himself in object oriented programming (C++) with Dr. Alexander Brinkman, web development (HTML / CSS) with Dr. David Hedlam, and computer music (Csound / MIDI) with Dr. Allan Schindler.

Simultaneously, he studied composition with Christopher Rouse (winner: Pulitzer Prize) and violin with Ilya Kaler (gold medals: Paganini, Tchaikowsky, and Sibelius Competitions). In 1999, he was appointed co-concertmaster of the Disney-Grammy Orchestra in Epcot Center, Florida.

Completing his conservatory training in 2000, he entered the job market just as the dot-com bubble burst, and so—for several years—earned a living as a solo and principal violinist for multiple orchestras throughout California, Texas, and Florida.

In 2004, Mr. Bradley founded CityOpera.net, and won a master services agreement to deliver comprehensive, theatrically immersive, and culturally diverse musical experiences throughout the entirety of the LA Unified School District, the most diverse and the second largest public school district in the entire nation. He concurrently served as Production and Music Education Manager for Chamber Music in Historic Sites (the longest-running and most critically-acclaimed chamber music series in the U.S.). Simultaneously, he was a Steering Committee member for both LA City's Congress of Neighborhoods and the Los Angeles Arts Consortium, where he fervently led agendas supporting music and technology in public schools. Mr. Bradley remains committed to educational reform and to the centrality of high quality arts education in developing our nation's citizenry.

In 2010, Mr. Bradley founded Bravoflix.com—the first online subscription video service of its kind in the U.S. dedicated exclusively to the performing arts.

He continues to work as a conductor, composer, violinist, and touring / recording artist throughout the world, and presently serves as the president of Concert Talent

Recent projects include: a sold-out performance conducting in front of 21,000 people at Staples Center and the Hollywood Bown respectively in Los Angeles for multi-Grammy winning singer Marco Antonio Solis, as well as a television appearance on the highly visible Latin music awards show, Premios de la Radio. Over the last few years, he has toured Asia and the US multiple times as a principal violinist for the Mantovani Orchestra, and paid a special visit to Xiamen Software Park in China. In his free time—he is busy coordinating and coding for the up-coming beta launch for the highly anticipated Concert Talent app (a contact and reputation manager for professional talent managers).

Apart from computers and music, Mr. Bradley served in the military's special operations community as a paratrooper and Army Ranger, and later as a Presidential Escort. He enjoys bodybuilding (having trained for nine months with Mr. Universe), training for marathons, mountain climbing, hosting the Southern California Python Interest Group's Hack Nights, and mentoring new entrepreneurs. You can learn more about Mr. Bradley on